Today’s URAL U6178 from Moscow Zhukovsky, Russia to Simferopol, Ukraine landed in a cornfield moments after take-off. Ural U6178 was operated using an Airbus A321-100 with registration VQ-BOZ.

Both engines on the Airbus A321-100 failed, one of the engines began emitting noises that sounded like the engine spooling up and down. The crew decided to stop the climb at 750 feet and find a safe place to land. The aircraft landed with its gear retracted in a cornfield approximately 2.77nm from the runway (Approximate position N55.512 E38.252).

A total of 226 people were on board, consisting of 7 crew and 6 children, all 226 people evacuated via emergency slides. 3 children and 7 adults sustained injuries believed to be minor, however, the same cant be said for the aircraft, which sustained substantial damage.

The aircraft received a large bird hit, when departing Zhukovsky and made a forced landing. Passengers and crew were not injured.

226 passengers including 6 children and 7 crew were on board, all evacuated. 10 passengers including 3 children needed medical attention. The aircraft was found outside the airport, the right-hand engine was smoking but no fires, no fuel leaking, the cabin was inspected for people inside, the engines were sprayed for cooling. Eight buses were deployed to the accident site to return the passengers to Zhukovsky Airport.

The aircraft suffered a bird strike into both engines while flying through a flock of seagulls and landed in a field more than 1km from the airport. The aircraft landed gear up, the crew shut both engines down just prior to landing. A special commission was set up to investigate the accident. The cause of the forced landing was the failure of the right-hand engine, that caught fire following a bird strike.

The problem began right after takeoff when a bird hit the left-hand engine causing it to fail completely, shortly followed by another bird strike into the right-hand engine which subsequently provided insufficient thrust to remain airborne. The captain took control and landed the aircraft in an open field.

Plane Reporter congratulates the crew of Ural Air U6178 on August 15th, 2019, your professional career and experience saved the lives of crew and passengers on board, together with saving countless lives and buildings on the ground.

The crew are true heroes and will forever be recognised as the crew who averted disaster and saved the day! 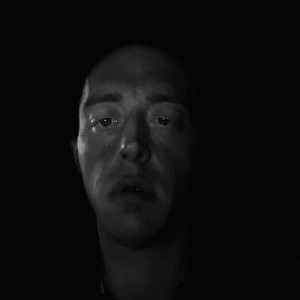 Martin is the main contributor at Plane Reporter. Martin is located in the United Kingdom with his closest airports being Liverpool and Manchester. Get The Latest Updates

All the latest aviation news and incidents delivered to your inbox!